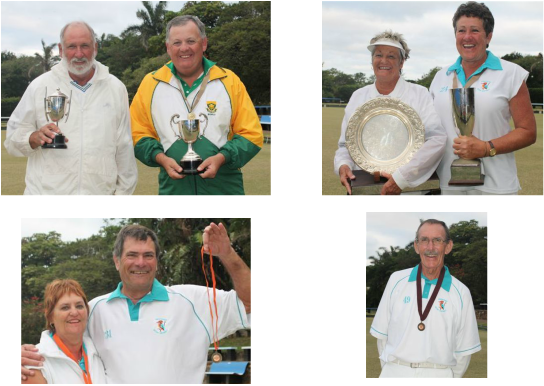 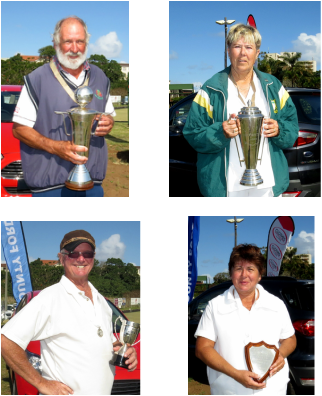 The Men’s Champion was Port Shepstone’s Eddie Fann who was on top form throughout the tournament with Tom Crawford of Umkomaas runner-up. Athol Robertson of Margate Bowling Club achieved third place and Arthur Seager from Hibberdene fourth. 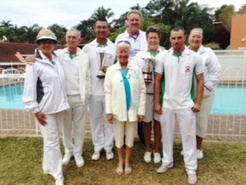 The winners of the KBA Men’ and Women's Trips finals played at Banners Rest on Monday the 28th both teams are from Margate Bowling Club. 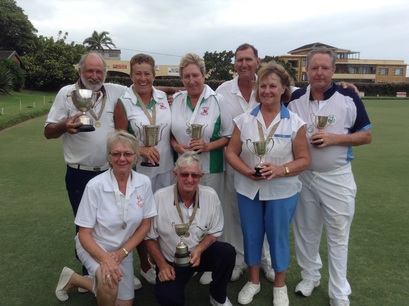 One of the most exciting tournaments to hit the bowling world in a long time.  Any combination of two people, playing two bowl pairs.  Points scored each end: 4 nearest the jack, 3 second shot, 2 and 1 respectively, making 10 points available per end.  Utmost concentration needed as second, third and fourth shot combined amount to more than THE shot.

Many thanks to the host clubs and their members.  Especially Riverside Sports who treated the competitors to a real feast at the District finals.

Winners, Ken Tonge and Chris Forward together with runners up, Louw Vermeulen and Trevor Celliers will go to Port Elizabeth in September to compete in the National finals. Good Luck to them all. 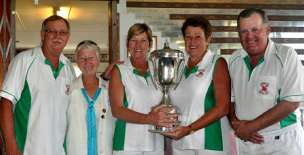 MIXED FOURS 2013/2014 SEASON
The Finals were played between Margate’s Chris Forward’s team and Port Shepstone’s Brian Rawlin’s team and it was a true final, being very closely contested. The outcome was never sure until the 21’st end with the Margate team managing to pull off a very fine win. Other members of Chris’s team were Peet Trollip, Pam Cole-Cook and Vi Pels.  The other members of Brian’s Runners Up team were Jenny Rawlins, Mark Bischoff and Sharon Bischoff.
In the play-off for 3rd and 4th place Dave Barber’s team from Margate had a good win over Jan Snyman’s team from Port Shepstone. The other members of Dave’s team were Mike Jefferies, Sandi Jefferies and Rae Barber and the members of Jan Snyman’s team were his son Jan Snyman, S. Dempster and M. Jonker. 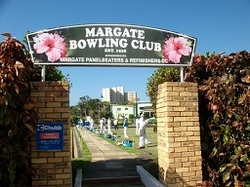 The Kingfisher BA Masters was contested during the weekend of 17 & 18 September.  The invitees displayed their steel through wind and an unpleasant hot Sunday morning, but proved end-out what calibre of players they actually are.  24 Bowlers, 12 Women and 12 Men, from the District are invited annually to contest the prestigeous title of Master Bowler.  Sticking to tradition, once again, the bowlers delivered on the promise of excellent games and left the spectators utterly entertained. The 2011 Masters Tournament was hosted by the Margate Bowling Club. 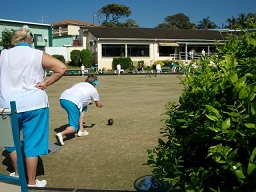 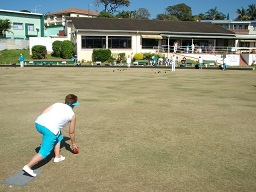 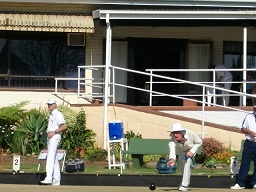 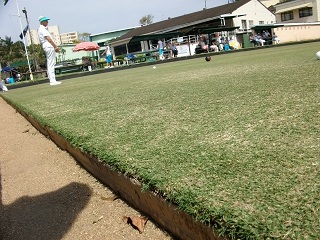 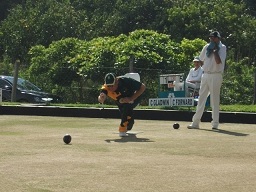 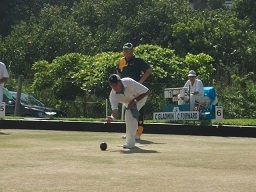 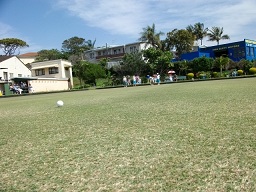 After winning their sections outright, Ellen Cawker & Sandy Gladwin took each other on in a very tightly contested game.  Ellen proved herself again and succeeded to beat  Sandy 21-11 after 19 ends.  Andrè, one of three first time invitees, won his section after winning four out of the five required games and then had to play the 2010 Master, Eddie Fann who won his section with the same ratio.  The game was very closely contested for the greatest part of it, but Andrè proved he was the better bowler on the day.  The Masters therefore delivered two new Master Bowlers going into the new bowling season 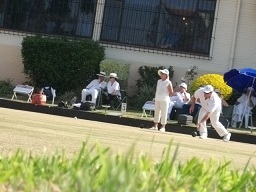 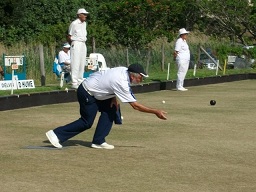 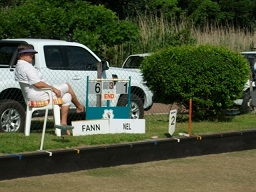 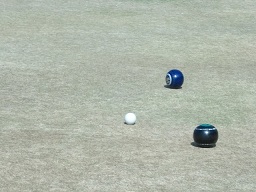 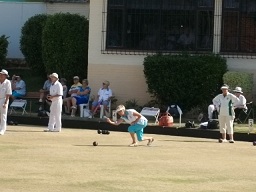 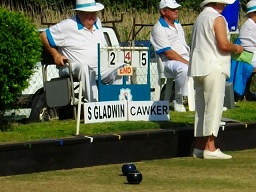 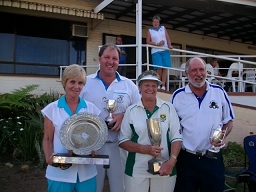 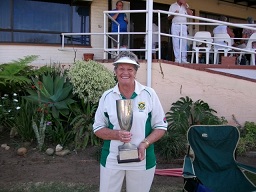 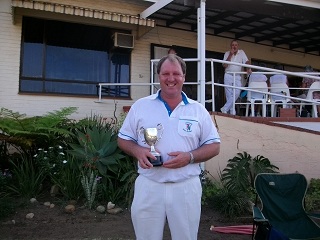